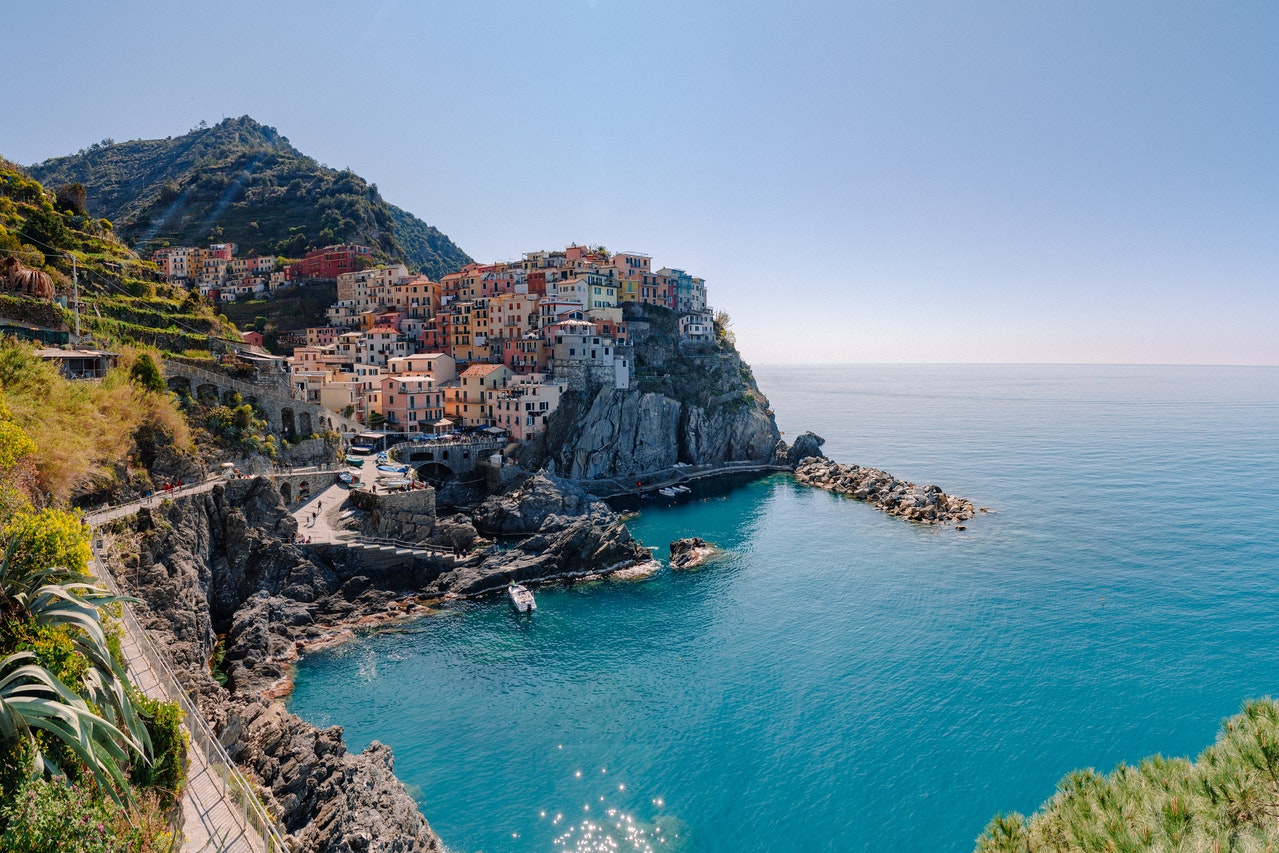 Monuments (such as architectural works, monumental sculptures, or inscriptions), groups of structures, and places make up cultural heritage (including archaeological sites). According to the United Nations Educational, Scientific, and Cultural Organization, World Heritage Sites are areas of cultural or natural significance (UNESCO). We have listed 5 historic sites that you can explore whilst in Italy.

With places like the iconic colosseum, Trevi Fountain, and the Pantheon, we had to start with the eternal city. Rome receives over 4.2 million visitors per year and is one of the most visited places in the world.  It was the centre of the Roman Republic, then of the Roman Empire, and in the fourth century,  it became the capital of the Christian world.

Rome dates back to the 17th century when it was founded on the banks of the Tiber river in 753 BC by Romulus and Remus. There are 25.000 important archaeological sites and locations at the historic centre of Rome. It covers 19,91 km² and is included in 22 rioni with 186.802 inhabitants.

This heritage site includes Mausoleums of Augustus and Hadrian, the Pantheon, Trajan’s Column and the Column of Marcus Aurelius, as well as the buildings of papal Rome. As of 2020, Rome is ranked as an Alpha global city by the Globalization and World Cities Research Network.

This city dates back to the 7th century BC under the settlement of the Campanian Oscans and over the years it transformed into villas, gardens and monuments.

In summer, this historic site resembles an amusement park with thousands of visitors including Italian children on school tours and tourists wandering around the Antiquarium museum.

Pompeii is believed to have been founded by the Osci or the Oscans during the seventh century BC. Over the years the city prospered and grew with villas. Tragically much of Pompeii was destroyed by a volcano in 79 AD and much of the city was buried in ash. Excavations began in 1748 after the city was rediscovered by a group of explorers looking for artefacts.

The streets of this town you can find houses, temples, shops, cafes, and amphitheatres.

This Mediterranian Italian coast was listed as a UNESCO World Heritage Site in 1997. The Amalfi Coast is located between the Gulf of Naples and the Gulf of Salerno. It spans a 25 miles of coastline along Italy’s southern region of Campania outside of Naples.

It consists of 13 charming towns along the coastal cliffs that are all worth the visit.  Some of these include Emerald Grotto, Vietro sul Mare, like Vietro sul Mare to name but a few.  The region is home to some of Italy’s finest hotels and restaurants and is also one of the city’s top hiking spots.

Amalfi coast boast of 100 separate beaches churches, gardens, vineyards. The best time to visit the Almalfi Coast is between May and October. The weather is warm and there are plenty of activities you can enjoy.

The Botanical Garden in Padua was established as a medicinal resource by the University of Padua in 1545, and it was the first-ever university botanical garden existence. The park has played an important role in the fields of medicine and chemistry over the course of centuries.

You can find more than 50,000 volumes and manuscripts of historical texts important to the field of the herbarium, and over 6,000 species of rare plants at these gardens. In addition to important medicinal plants, the garden also has a large collection of poisonous plants, set up for educational purposes

Botanical Garden of Padua is now associated with the University of Padua and over the years, several exotic species of plants from around the world have been added to the garden where they can be both admired and studied.

Most of the main peaks were first climbed in the 1860s and ’70s by English mountaineers. Today, there is plenty to explore such as winter skiing, summer hiking, going on a bike ride, mountain climbing, going on a hot air balloon or even a drive along the mountains while admiring the beauty.

Other places to admire include Lake Karersee, where you get stunning views of The Dolomites while admiring the turquoise water. There are also villages nearby such as Santa Maddalena. Here, you can have a picnic lunch while you admire the beautiful scenery of The Dolomites in the background.

For amazing travel eSIM deals on your next international trip, click here.