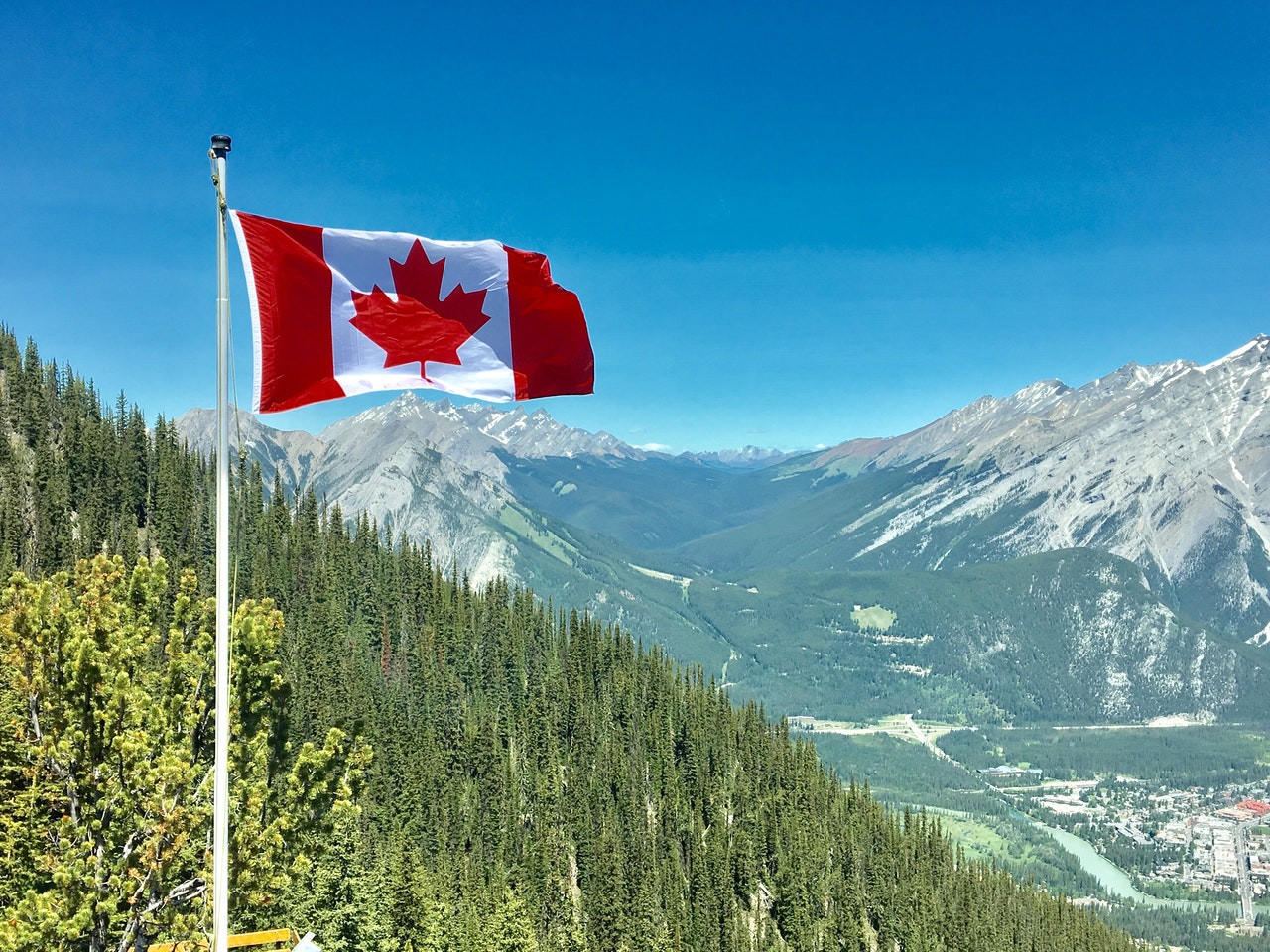 Moraine Lake is located in Valley of the Ten Peaks in Banff National Park. It is surrounded by mountains, waterfalls, and rock piles. It is ideal for hiking as there are several hiking trails from accessible walks to more strenuous hikes. The Rockpile Trail is an easy short path that provides some beautiful views.

The trail is primarily used for hiking, walking, nature trips, and bird watching. The trail also allows dogs but they must be kept on a leash.

Moraine Lake is also popular with canoeing enthusiasts, and canoes are available for rent on the lake. During winter the lake is buried under a thick layer of snow and not accessible by car.

An image of Moraine Lake and the Valley Of The Ten Peaks was used on the back of Canadian twenty dollar bills issued between 1969 and 1979.

In summer, the lake gets busy so its best to arrive early and get enough time to experience the lake. Grizzly bears can be spotted in this area, so it is advised to walk in groups of four or more for safety reasons.

Lake Ontario is divided between Canada and the USA and is one of Canadas largest freshwater lakes. It is the smallest of the five Great Lakes of North America with a surface area of 7,340 square miles (18,960 square kilometres). T

he lake’s name comes from an Iroquois word for “a beautiful lake”, which was am indigenous word from the people who inhabited this area for thousands of years. It has over 100 beaches including Sandbanks Provincial Park in Prince Edward County.

It has 712 miles of shoreline, including offshore islands. The shores are lined with tree-filled parks, sandy beaches, and restaurants. There are a number of islands on the lake, including the Thousand Islands region.

Lake Ontario is a source of drinking water and Nine-million people living in Ontario, Canada and New York State, the USA all rely on the lake for drinking water.

Lake Ontario is a freshwater lake with loads of biodiversity. This includes not only animals living in and around the water but also the plants and trees around it.

This lake is known for having stunning azure-blue water. It is the largest natural lake in the Canadian Rockies. The lake has surrounding peaks, three glaciers and charming Spirit Island. Even though the water is too cold for swimming, there is plenty to do. These include hiking Bald and Opal Hills, biking, fishing, canoeing, kayaking and boat tours to Spirit Island.

Maligne Lake can easily be accessed by road from Jasper by car along a very scenic road that winds past massive mountains, turquoise lakes and magnificent forests. It’s also possible to hike along the 44-kilometre Skyline Trail from the town to the lake.

For magnificent views then visit Spirit Island in the middle of Maligne Lake. The island is 14 kilometres up-lake and there is no road or trail access. The only way to get to the island through tour boats or non-motorized.

In winter you can enjoy activities such as cross-country skiing and snowboarding.

Abraham Lake also known as Lake Abraham is an artificial lake that was created in 1972 by the Bighorn Dam. It sits in the foothills of the Rocky Mountains at an elevation of 1,340 metres.

It was named after Silas Abraham, who lived in the North Saskatchewan River valley in the late 1800s and guided early explorers in the region.

Abraham Lake is Alberta’s largest reservoir, was created in 1972 with the construction of the Bighorn Dam on the North Saskatchewan River. Although is not a big lake, it is an impressive one,  with its stunning blue colour. This is a result of the rock flour created by the mountains.

One of the main reasons to visit the lake it so witness the formation of the frozen bubbles beneath its icy surface in the winter months. This odd natural phenomenon is caused by the rotting of plants in the lake, which release methane gas that can’t be released, forming bubbles.

surface area of 20.73 square miles): This one is also with a wonderous enclosure but this man-made lake in Alberta is unusual for a reason. You can witness bubbles coming on the lake surface that gets frozen during winter, which undoubtedly looks stunning but is equally dangerous. These blue-green bubbles are created due to the release of methane gas from the lake bed. This place is really promising for the photographers and magnetizes crowd especially during winter. You can go here for a glacier walk, canoeing, paddling on the lake or just lay over it.

(surface area of 0.35 square miles): It is the most famous attraction of Yoho National Park in British Columbia. It has a stunning mirror image that shows the trees and mountains at their best. Even if frozen, it renders a picturesque and serene view that definitely leaves a lasting impression on the tourists. It is the most interesting one, as it gifts its tourists various activities to do during summer. You can do canoeing, driving (up to Takakkaw and Wapta Falls), paddle boarding, hiking, bike riding, and camping.

Plan your Canadian camping trip and stay updated with an international sim card without worrying about hefty data costs or roaming fees.